So the sign said, so we did. After our tour along the upper peninsula of Michigan and with time running out on our visa we headed for the border crossing at International Falls. Unlike other border crossings this one went over a bridge and through a defunct mill where the border patrol had their office. 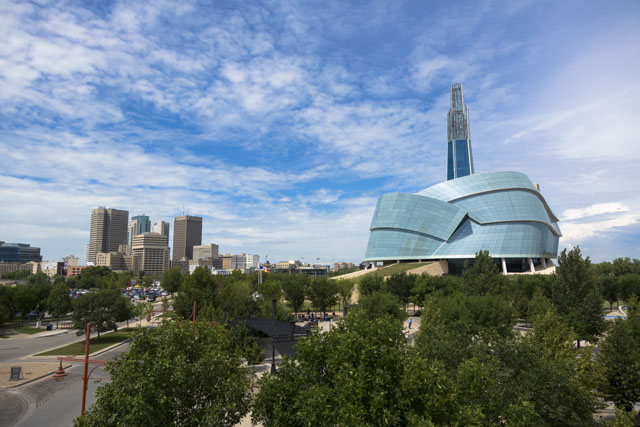 and had fish and chips in the Forks, a historic site, meeting place and green space in Downtown Winnipeg located at the confluence of the Red River and Assiniboine River. 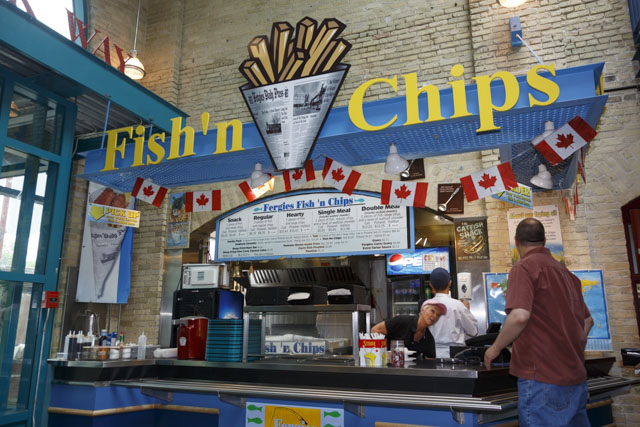 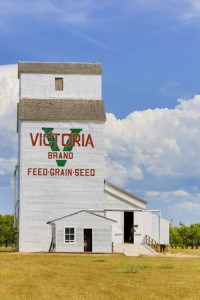 An iconic sight crossing the prairies is the glimpse of a grain elevator in the distance. Most of the old ones are now museums  having been replaced by more modern technology. This one has been moved to Sukanen Ship Pioneer Village and Museum, Moose Jaw. We’re still looking for replacements for the two on the right. 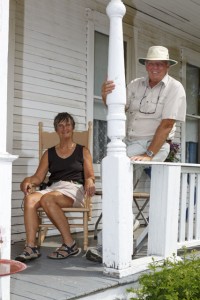 Further west on the TransCanada Highway we reached Medicine Hat, which has it’s own claim to fame, The Largest Teepee in the world. It isn’t actually a teepee but a massive metal structure standing over 20 stories high, weighing 200 tonnes and capable of withstanding 150 mph winds. The Saamis Tepee was originally built for the 1988 Calgary Winter Olympics and later bought and moved to this spot. 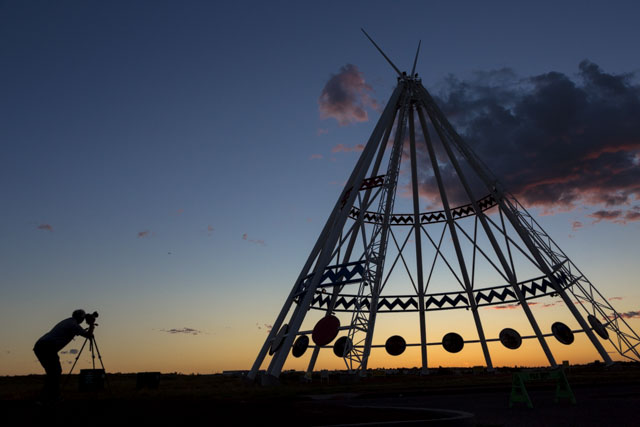 Eventually we crossed the prairies and stayed for a week at Kelowna in the Okanagan Valley, a beautiful area of British Columbia. The region is known for its dry, sunny climate, dry landscapes and lakeshore communities. There is also a disused railway now converted to a recreational trail. The Kettle Valley Railway was hung along the sides of the Myra Canyon crossing the various chasms by building 18 trestles. You can see Pat waving from one of the trestles. 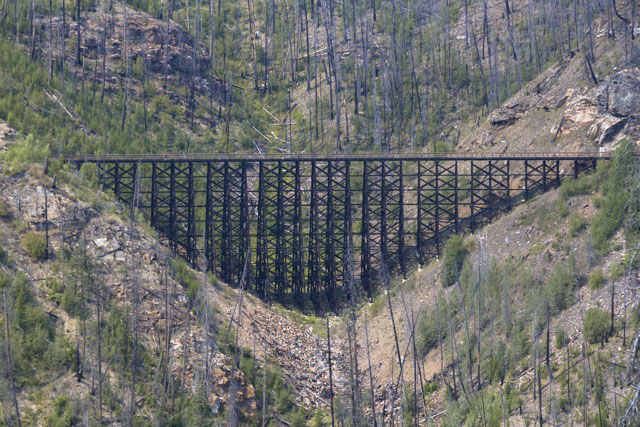